Your wishlist is empty
0
£0.00
There are no products in your cart.
Tweet

Pretorian Technologies is based in Lincolnshire, in the heart of England. During World War II, Lincolnshire, being very flat and near to the east coast, was host to countless air bases for British, America, Canadian, Australian, Polish and New Zealand air forces, and others, earning it the name 'Bomber County'.

Some 25611 airmen lost their lives flying from Lincolnshire bomber air bases alone. For some time there has been a move to build a Memorial to these men, as listed in Lincoln Cathedral's Rolls of Honour. In the summer of 2013 the campaign to erect the Memorial started in earnest, with Mr. Tony Worth, the county's Lord Lieutenant, as principal Trustee. This is their website: 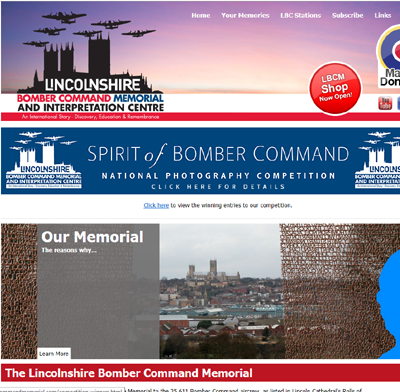 The Memorial will include a 50 metre Spire constructed from steel, bearing the name of each one of the servicemen regardless of their rank or nationality. Also in the grounds will be an Interpretation Centre and International Peace Garden.

Pretorian Technologies' role is to enter the names of the 25611 servicemen from the elaborately hand written entries in the Cathedral Rolls of Honour into a modern database. This will be used by the architects to cut the individual names into the Spire and will also form an invaluable reference for visitors to the Interpretation Centre.

Visitors will be able not only to look up the names of loved ones who lost their lives but the database will also guide them to exactly where on the Spire their names can be found. Furthermore, visitors will be able to submit new information and anecdotes about the servicemen, allowing the database to grow to become the most complete source of information of its kind anywhere in the world.
We are delighted to be involved in this project. I am Lincolnshire born and bred and I was brought up in a village with a disused RAF base, so this is extremely important to me personally. 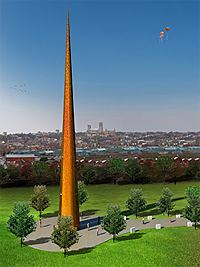 The planned launch of the Memorial is to be May 2015 to coincide with the 70th anniversary of VE Day.